Lots of changes happening at beside the point. New Co-hosts, more special guests and topics, and a bit of a change to a music-laced format.
Episode 12 is a throwback to a recording we did about 6-8 months ago, where Dom (@thedomarazzi) and his wife Mary Ann (@maryannville) discuss Mary Ann's job as an e-learning creator. Joe and Dom help her with some voice over work, with unexpected comedic results!!
[Recorded in August 2015]


Episode 13 is a return to regular (almost) weekly releases with returning guest Tony Ross and new co-producer Todd Ruscetti. We discuss a new format concept called "Beside The Music" where co-producer "DJ Toddbox" (he hates that name) lays down some music in the background to enhance our discussion.
[Recorded on PIE DAY --- 3.14.16]


Episode 14 was where the concept of "Beside the Music" was born. Recorded earlier in the year (2016, that is...) Todd and Joe discuss mistakes made in the recording studio and then go off the rails and discuss other stuff in true BTP fashion.
[Recorded in January 2016]

Posted by Beside The Point Podcast at 8:01 AM 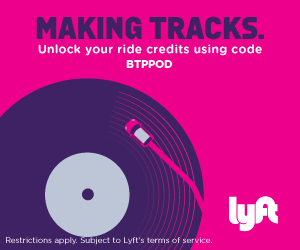